Us against the 'A' Word {autism}

SheRae announced on Facebook to our friends and family that our son was diagnosed as being on the autistic spectrum.  Zech really is a special kid.  He is the happiest little guy I have EVER seen.  No exaggeration.  I have never met anyone in such a crazy good mood all the time.  Not even a toddler.  He’s really smart (got that from his mama), really coordinated (got that from Dada), and really, really, cute (got that from both I guess).

He is special in other ways too, of course. 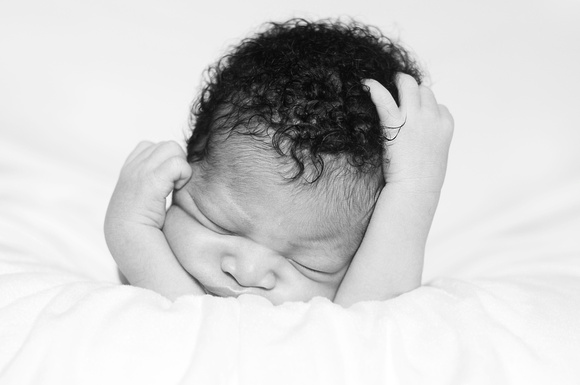 We’ve known for a while now that something is different about him.  When he was really little he had an absolute obsession with watching fans.  He would stare at them for long periods of time, and we didn’t really think much of it…at first.

As he grew, so did the amount of quirks he had.  Opening and closing anything that could open and close, continuing to watch fans (until we refused to turn them on), and spinning everything he could get his hands on were among the funny business.  But, the most telling thing was the fact that he was not talking at all really.  We knew something was wrong when he was almost two and still wasn’t saying a word (other than the letters of the alphabet).

We were already in the process of getting him help, but when we began to notice kids much younger than him had greater vocabularies, we were really concerned.  It was then that we kicked it into overdrive, and really committed to getting him help.  SheRae somehow got him an appointment at our doctor’s office in a week (which is impressive because there is normally a good wait–still don’t know how she did it), and we got a referral to Kluge Children’s Hospital at the University of Virginia (UVA).

The evaluation at UVA was really suppose to be an all day affair, but it only took a few hours.  The doctor at UVA was pretty impressed with his motor skills, and felt like everything was pretty normal except his communication of course.  She watched him play with toys, interacted with him, and tested him in several areas.  All in all, it was a lot more pleasant than we expected.  The doctor was hesitant to diagnose him as being on the autistic spectrum, but she did so mainly because that was the only way to get him treatment.

We were excited.  We knew it could be much worse.  She could have told us that he was low functioning and would need lifelong accommodations.  I don’t mean this as a slap in the face to anyone who has a child with low-functioning autism, but no parents want their children diagnosed this way.

With the diagnosis in hand, we could get Zechariah the Advanced Behavioral Analysis (ABA) therapy that the doctor said would catch him up to speed with normal children in about a year.

Then came the shocker.

Our insurance–BLUE CROSS BLUE SHIELD (booo) did not cover ABA therapy–it was one of those “special exemptions”.  What. the. crap. 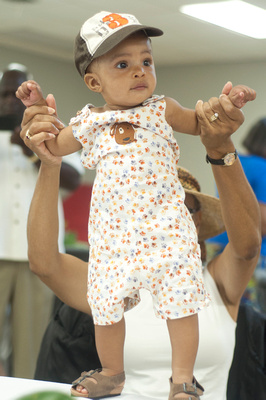 We felt angry, helpless, and let down by a company that was suppose to be as reputable as BCBS.  We give these jokers our money all year long, and when a child really needs something they hang them out to dry.  One in 42 boys has Autism.  With numbers that high, it is ridiculous that BCBS can get away with not offering coverage to the families on their plan. Awful.

To make matters worse, I had just completed my open season at work, so I could not change our families health care coverage for another year!  We were really stuck.  We began looking for other ways to get him the ABA therapy.  First we decided to try to add the cost up to see if we could pay for it out of pocket.  Zech needed the treatment 30 hours a week, the therapy costs $40 a hour–this adds up to–hold your breath–

This is more than some people’s entire salary for a year!  That option was out the window…

Our insurance didn’t cover Zech’s Advanced Behavioral Analysis (ABA), and with the price of the therapy being $60,000 a year we felt stuck.  I was fresh out of my open season, so changing insurance policies was not possible.

This was getting frustrating.  But God had brought us through very difficult situations before so we immediately began to pray and brainstorm. I considered finding a new job with better insurance.  We both considered picking up additional jobs.   But this didn’t seem like a viable option, as we both already have part-time jobs with insurance plans that would not work.  We decided to come back to these ideas if necessary after exploring other options.

Our prayers were seemingly answered when we discovered an advocacy group in Winchester called Moms in Motion.  When we informed them that we had Federal Blue Cross Blue Shield, you literally could hear the gasps.  They had been down this road before.  Federal Blue Cross Blue Shield has a good reputation of not covering the ABA therapyneeded for individuals diagnosed on the Autistic Spectrum.

But they had good news!

They informed us that we might be able to get Zechariah the ABA therapy he needed by applying for a little known waiver in Medicaid for children with disabilities.  But we were told not to get our hopes up because the screening process was difficult, and the screeners had a reputation of being nasty and not compassionate.

We heard their concerns but we knew God was at work.  He had never failed us before.  We have learned with God, if there is even a glimmer of hope in a situation He can turn it into a ray of reality.  Yes, we were nervous, but continued to earnestly pray.  Zechariah had no one to vouch for him except for us, and we felt powerless a lot of the time.  It was all up to God to work the situation out, so we decided to do what we could while turning it over to Him in prayer.

We were a bit disgruntled because we were told the soonest the screening could take place would probably be a month.  To us it felt like every day that passed Zechariah was getting further behind without the care he needed.  The doctor said that he would probably be up to speed in a year, but ONLY with the therapy.

Our prayers were answered again when we received a phone call that the screeners could evaluate Zech after only a week!  According to the advocacy group we were working with, this was unheard of, and even they were shocked.  Yes! God was at work.

So the day of the Zechariah’s screening came quicker than expected.  Needless to say we were a bit nervous.  Whether or not Zechariah received the Medicaid waiver was dependent on the screener’s recommendations.  If he didn’t get it, we were back to square one.

Two ladies came to our house for the screening.  One was an elderly social worker, and the other was a middle aged nurse.  I’m not going to lie, the elderly lady looked bitter to me–which made us even more nervous.  We had  preconceived notions based on how bad everyone told us the screeners were.

As things progressed we were pleasantly surprised to see that the screeners were actually pretty personable.  They weren’t scary happy or anything, but normal.  The social worker began to ask us questions about Zech, while the nurse interacted with him.  SheRae answered most of the questions, and I pretty much nodded and agreed.  She had more than coached me before the screening on what to say, or not say for that matter .

I have to say it was very difficult to read the situation because they weren’t giving us much feedback; but, about halfway through the screening we were told that Zech qualified. 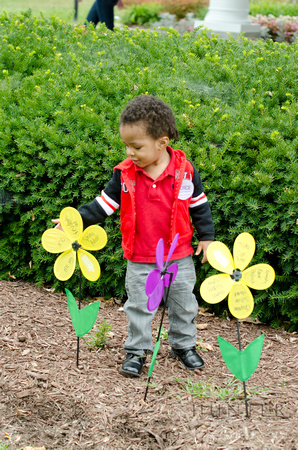 We were thrilled! Our baby boy (he’s a toddler but still our baby), was on the way to getting the therapy he needed.

Our first session with the ABA therapists was last Friday, and the beginning of all of this has felt like a weight lifted off our shoulders.  Since the screening Zech has been making steady progress, and we hope that with the ABA therapy he can get where he needs to be developmentally.

We are generally private people, and the reason we wrote this is three-fold.  To show that our Lord Jesus Christ is faithful, and inspire others to trust him. This might sound cliche, but throughout this whole ordeal we have learned once again that God is a loving Father, who gives good gifts.  When Zech’s earthly mommy and daddy were virtually powerless to help him, his heavenly Daddy came through in a big way.  We worked hard for Zech and had faith, but God provided the increases.

We also wanted to let people know about the Medicaid EDCD waiver if they have a disabled child who their insurance refuses to cover.  If anyone wants more information about this they can feel free to message us and we will be glad to help, or give advice any way we can.

Last, I wanted to throw BLUE CROSS BLUE SHIELD on the map for failing to cover a NEED that a lot of honest paying customers have, which is not being met through their substandard coverage.

We also thank all of our family for their help and prayers during this difficult period. I ask anyone reading this to keep Zechariah in your prayers as well.  We know we are blessed to have the ability to get him the ABA therapy, but his development will ultimately be progressed by God.

Peace and God Bless!   Good night, good morning, or good evening, wherever you are. Spring his here!