I have always wanted a dog. ALWAYS.

It was serious too, and I begged and prayed all through my childhood for a puppy.  Of course, it was impossible because we moved every two years as a military family, and in base housing sometimes you could have a pet and sometimes you couldn't.  My parents didn't want to take the risk of having to rip a dog away from us because we had to move. By the time we were staying put in VA, it was too late. I was already midway into middle school and in 5 or 6 years I'd be gone to college. My dog would become their dog, and they never wanted a dog. Now I want my children to have what I couldn't--the chance to grow up with a canine friend. I want them to learn responsibility, leadership and respect for animals.

I was scrolling through Facebook nearly a month ago when I saw him. He was absolutely perfect! I have a friend that breeds Chinese Shar Pei dogs and her little female had inadvertently gotten tangled with a unrestrained neighbor's dog--resulting in a litter of half-breed Shar Pei puppies. Had the puppies been born to the other owners, who knows what would have happened to these babies, but they were born into a family with an experienced puppy-cargiver, and I know that they will all have great homes!  I knew at once that this one was ours though (anyone who has a dog knows that feeling, whether you adopt from a breeder or a shelter--you just KNOW). I finally convinced my husband to fall in love with him too, and we named him after his childhood dog, Rex.

Of course, being me, I HAD to do some newborn portraits of our little guy at 4 weeks old.  He was an angel--apparently some of the same tactics that work on human babies also work on dog babies, because he slept like a champ :) Hey, maybe there's a career here? SheRae Hunter, Winchester Puppy Photographer--that has a nice ring to it, right? (; 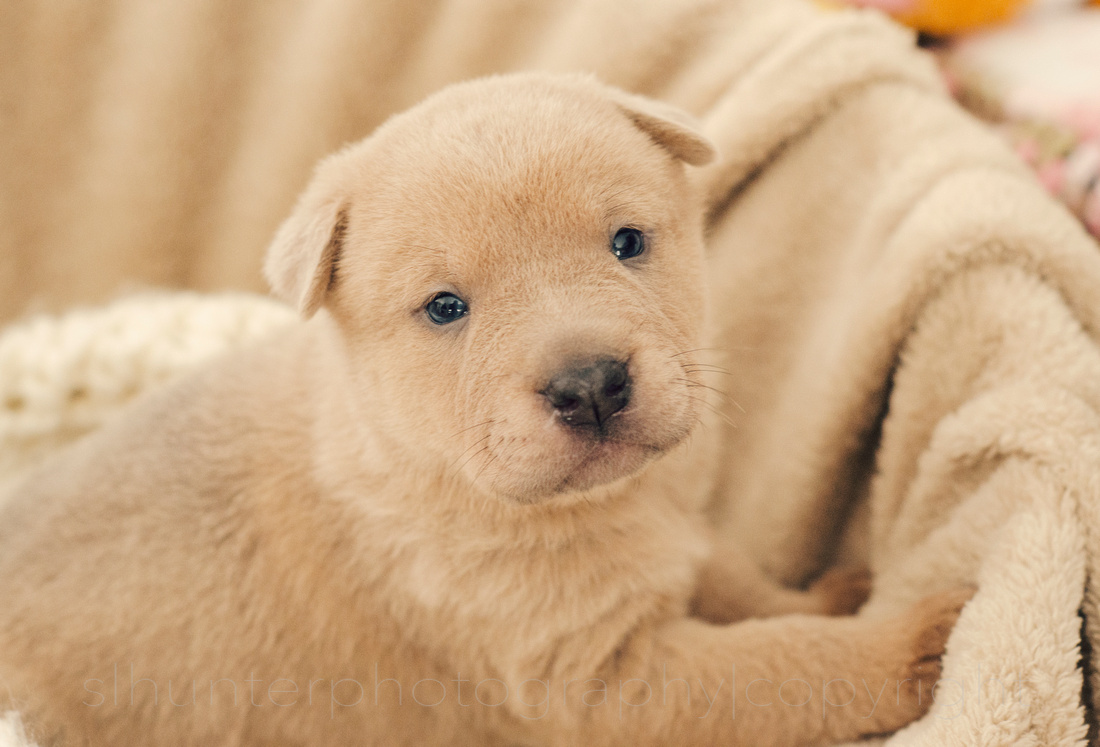 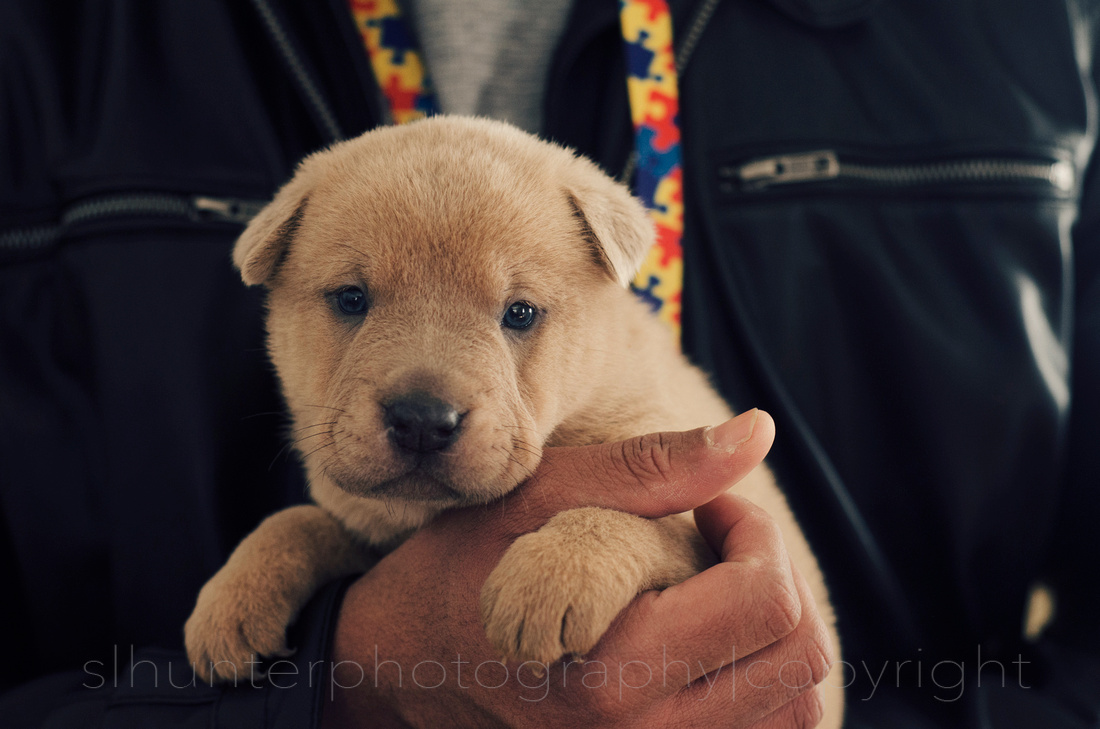 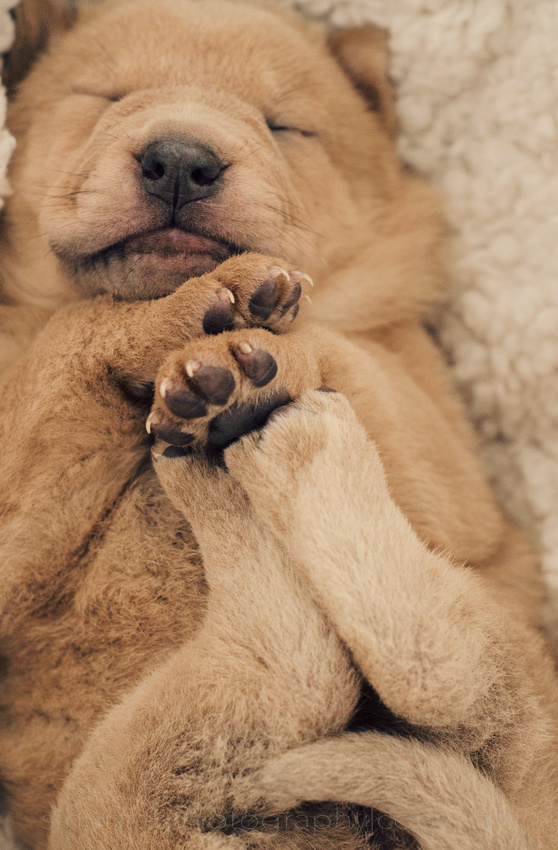 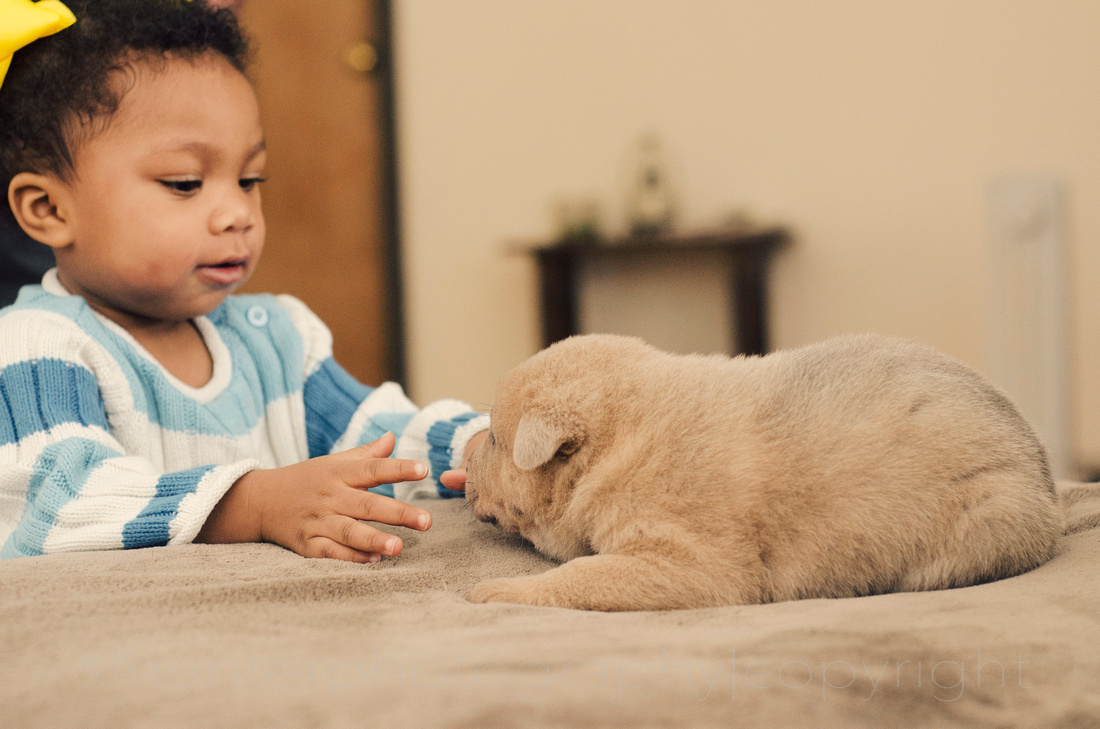 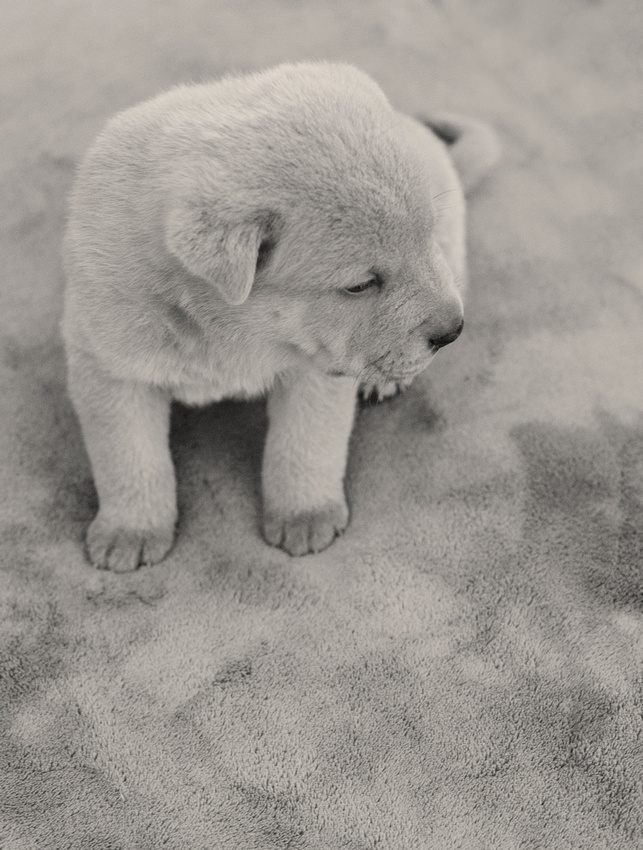 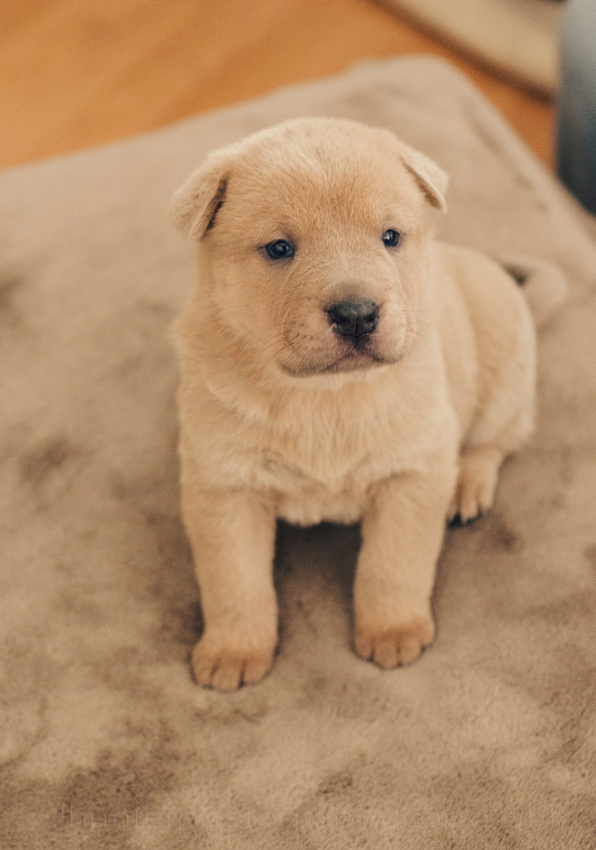 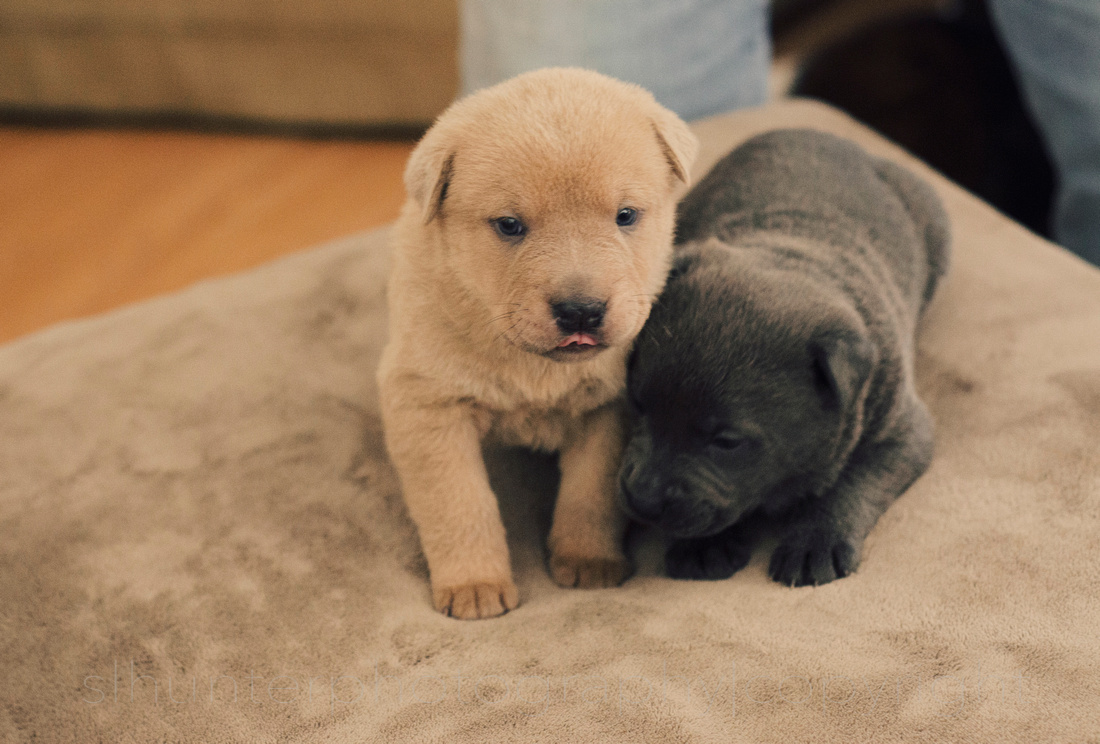 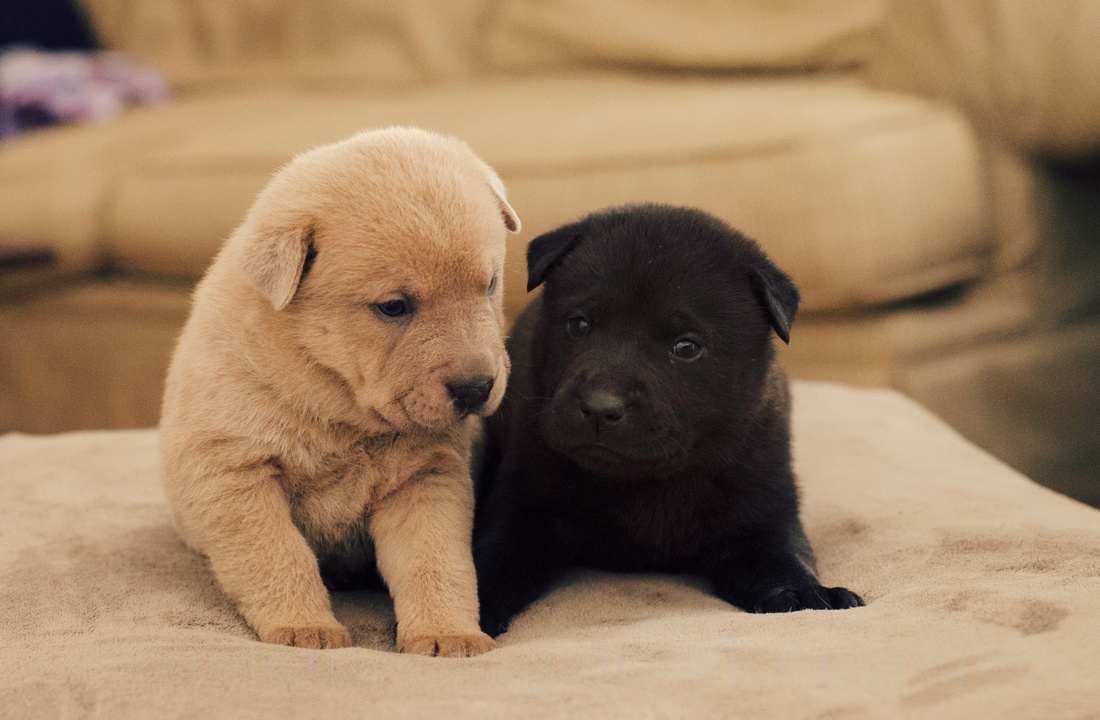 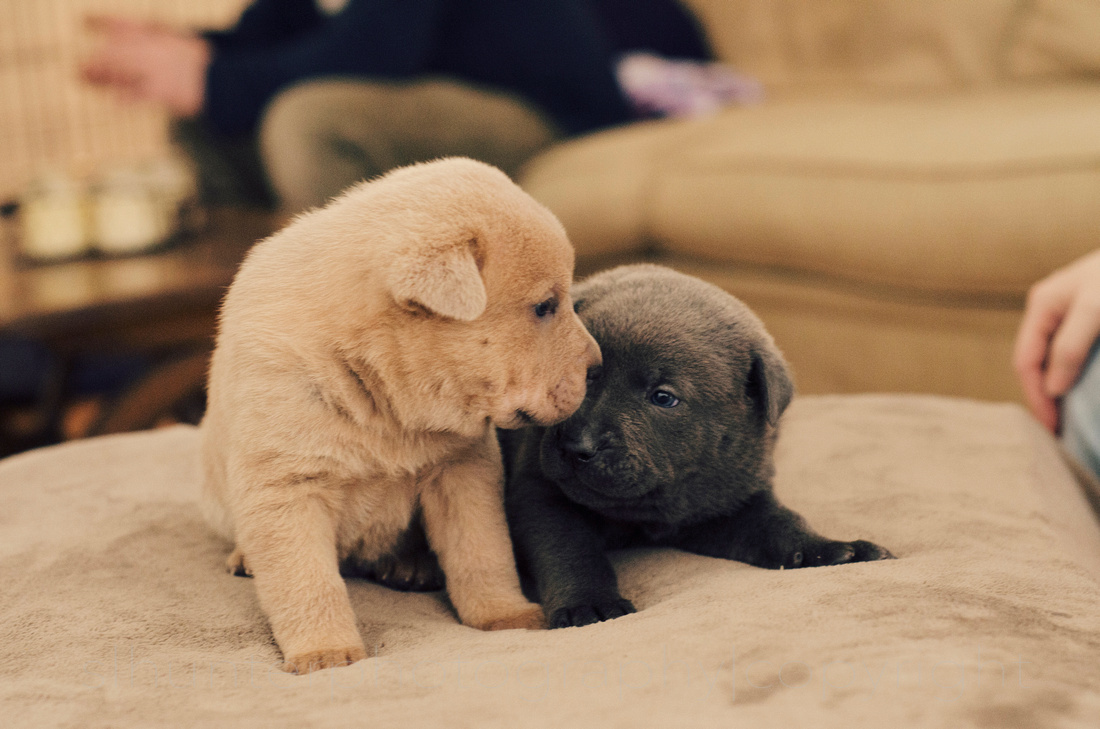 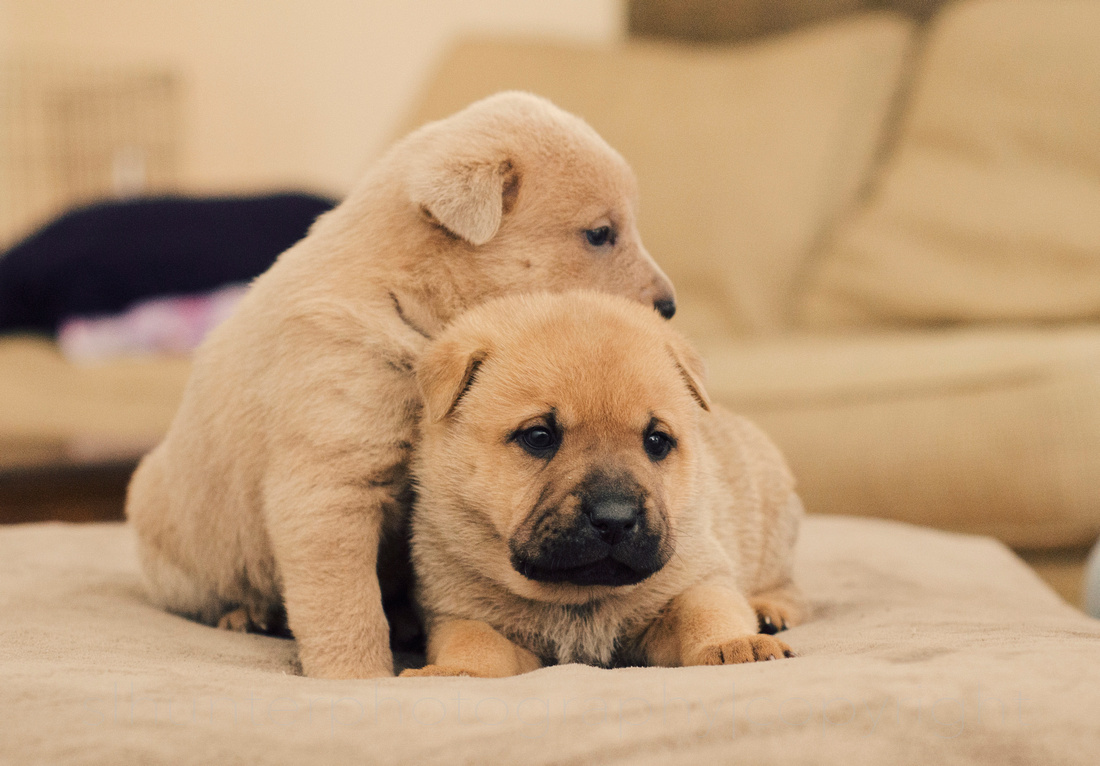 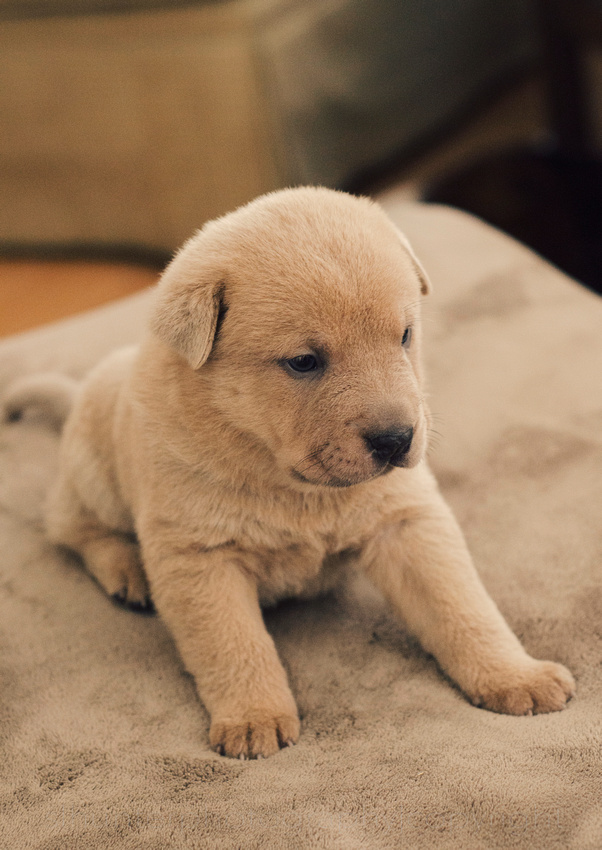 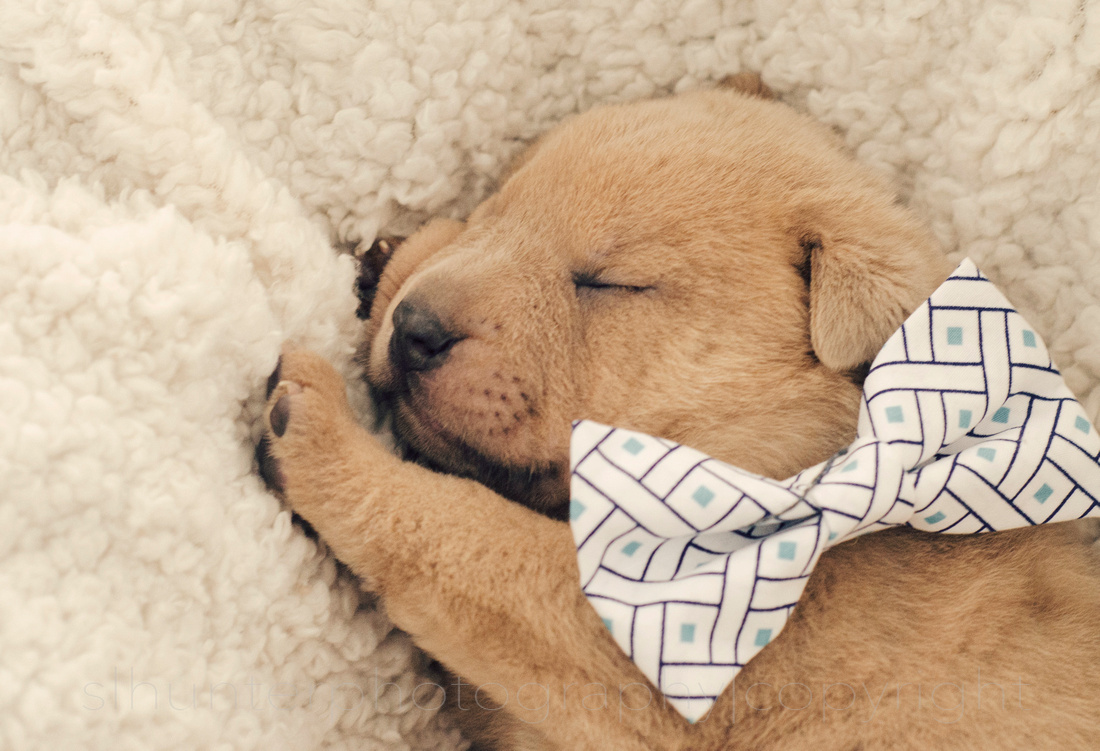 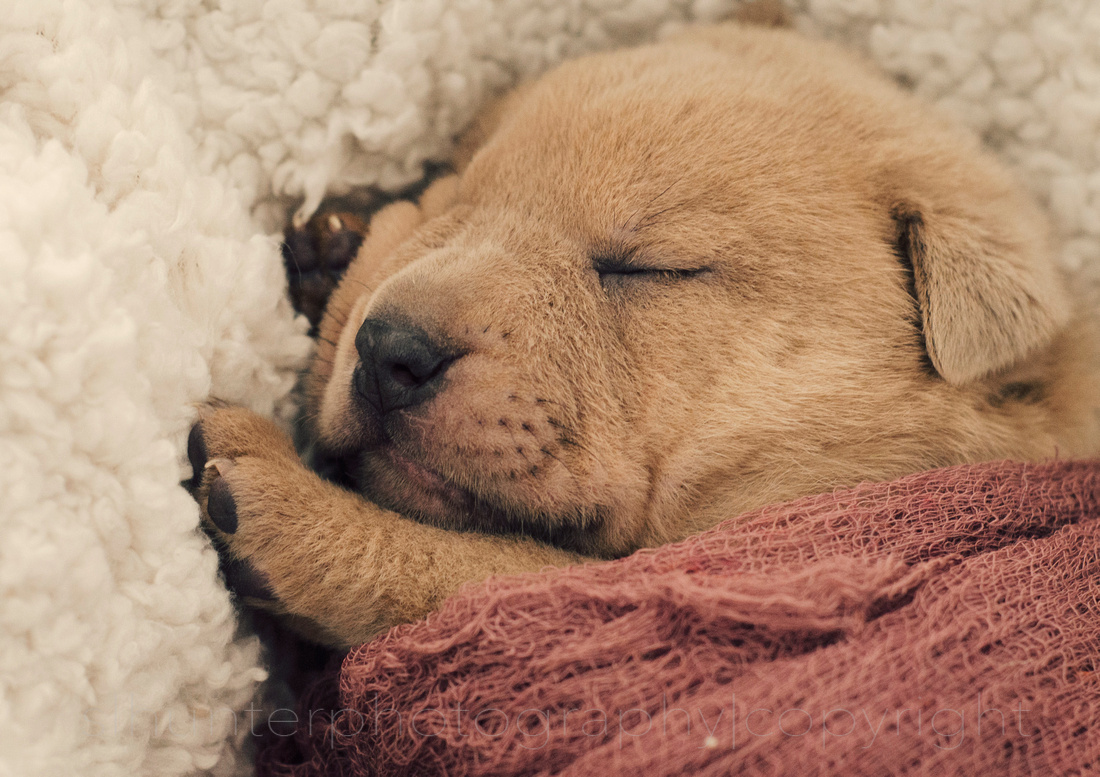 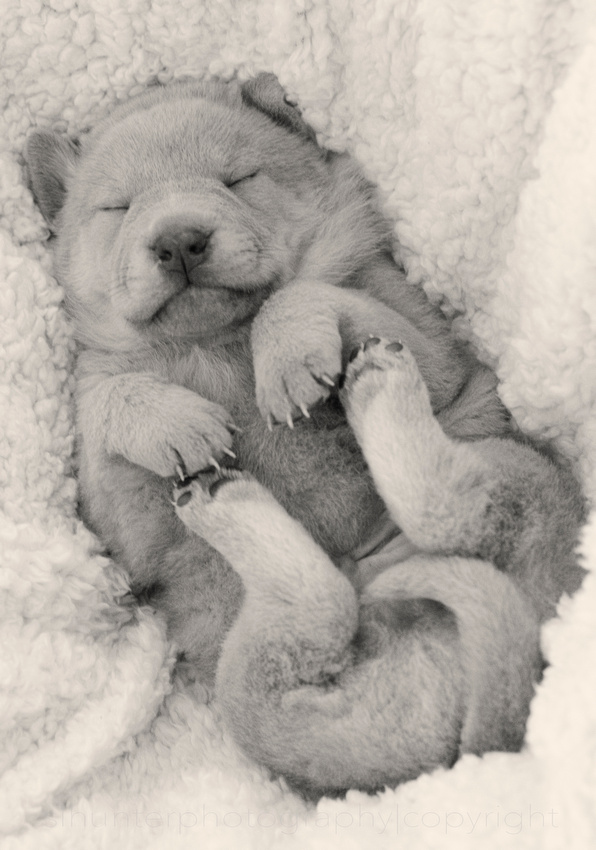 Note to Mamas: Don't worry, I wash all of my newborn props and wraps obsessively, which I owe to at one point being employed at a retail studio. They NEVER wash their props and blankets, and that's not even an exaggeration.